Malacañang reports that over 16,000 overseas Filipino workers who were staying at hotels and quarantine facilities in Metro Manila have been sent back home to their respective provinces. The swift action and collaboration of multiple government agencies stem from the...

The number of coronavirus disease (COVID-19) in the UAE continues to increase because of gatherings held by families and friends, a UAE official said. In a press briefing on May 27, UAE government official spokesperson Dr Amna Al Dahak Al Shamsi called on residents to... 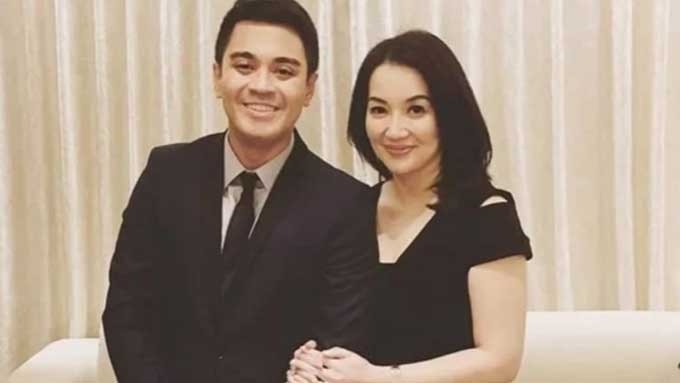 Kris Aquino’s former project manager and talent agent Nicko Falcis has finally spoken for the first time regarding the qualified theft lawsuits that the Queen of All Media filed against him.

It can be recalled that Kris filed qualified theft charges against Nicko after he allegedly siphoned off money from her business for personal use.

Kris said in her complaint that Nicko charged P1,270,980.31 to the credit card of her production company, Kristina C. Aquino (KCAP) Productions, for personal expenses without her consent.

After months of remaining quiet, Nicko finally addressed the issue through a personal statement he sent to PEP.ph.

Nicko strongly denied the accusations that he took money from Kris’ production company. He added that it was actually Kris who owes him P20 million worth of unpaid commissions for all the endorsement deals he closed for her.

He recalled that Kris wanted to hire him as a full-time employee but he rejected the offer because of other commitments.

Because of this, He was instead hired as a talent agent and would occasionally help KCAP with their digital needs.

“My professional association with Aquino is called an agency. At the outset, Aquino and I did not have a written contract covering her engagement of my services as her talent agent. Our agreement was oral but as binding as if it had been reduced to writing,” Nicko said describing his employment with Kris.

He said that, for every endorsement deal that he able to close, he was supposed to get a 12% commission which he will receive in the form of a check about three weeks after Kris signs the contract.

Nicko claimed that he was not able to receive anything from August 2018 and, based on his calculations, his unpaid commissions are around P20 million.

Aside from the commissions, Nicko said that Kris also threatened to have him killed when they had a long-distance phone call on September 27, 2018.

I was not born to privilege like Ms. Aquino but I was not raised and educated just to steal.

I was lucky to have a mother who worked hard to give me and my siblings a good education. As gratitude to my mom, I dedicated my life in building a good name in the corporate world. That is why Ms. Aquino engaged my professional services. For 18 months, I labored to build her digital and social media career by creating online content and acquiring brand endorsement contracts. Without a TV career anymore, we decided to pursue an online presence to continue attracting endorsements for her.

She committed to pay me a fixed percentage commission for each endorsement closed, and nothing else. All other efforts and time I exerted for her were not compensated. In fact, I have not been paid about P9Million worth of commissions, something she conveniently left out while she has harangued me and my family on her claim that I stole P1.2 Million using a credit card issued in my name.

More outrageously, she libeled me on her social media accounts that I stole from her kids’ trust fund accounts to the tune of hundreds of millions! If that was true, then why did she only file a case for unauthorized credit card charges worth P1.2 Million?

I allowed Ms. Aquino to treat me this way because I made the mistake of treating her like family.

I labored to the best of my abilities to transform KCAP into a digital brand. As testament to my professionalism, revenues from her digital career exceeded her revenues from her TV career. By end 2018, Ms Aquino is set to earn over P200,000,000.00 with all of the endorsement deals I closed for her.

Apart from bolstering her brand, I set-up a production organization and built very profitable businesses for Ms. Aquino.

When she first summoned me to her house last September 18, 2018, she started nitpicking about credit card charges amounting to over P400,000.00. I issued a check the next day to appease her and stop her endless tirades even if the charges were all company related.

Question is: Why did Ms. Aquino not en-cash the check I gave and she accepted? Instead, she added more charges and sued me for a total of P1.2Million.

Why is she blowing all of these out of proportion?

She wanted me to be available at her beck and call, something that I could not do given my other work commitments. I still did the best I could and helped her the best way I can. Many times, I performed the role of a PA even if I was not compensated for going beyond the call of duty.

When she took a vacation in Hawaii allegedly for health-related reasons around late July and early September, she wanted me to follow and fetch her. She wanted us to come back to the Philippines together. I couldn’t do so since September 8 was the death anniversary of my father and after that I had work commitments with Potato Corner in Australia. When I didn’t follow her wishes, the truism that ‘hell hath no fury like a woman scorned’ became a reality for me. During one of the peaks of her anger, she told me ‘You are worse than James Yap…’

At the height of her paranoia about her health, she needed someone to blame.

I kept my silence initially because I thought she was professional enough to allow both of us a quiet separation, which she suggested in the first place.

In early September, Ms. Aquino sent me a message:

“I prayed about it & for this to end properly w/ no questions asked- you need to apply for a short term course or any form of studies that will require your 100% focus & attention. [T]his will be the most credible & believable reason w/ no damage to you & me.”

Sadly, these were all hollow words as she changed her mind and started to launch vicious tirades against me, hell bent on ruining my credibility because I know too much. When you work with someone that close for eighteen (18) months, you get to see the real being. And I saw her true nature.

I was forced to seek refuge in a foreign country because Ms. Aquino threatened to have me killed. She also sent messages to my family and friends detailing my private and confidential immigration records. Since an unsuspecting public would never think of her as capable of murder, I am truly afraid for my life.

On September 27, 2018, Ms. Aquino asked me to call her while I was away. Our conversation went roughly as follows:

KA: “That’s why… GUSTO MONG BUMALIK SA PILIPINAS? DARE TO STEP IN THIS COUNTRY, AND YOU WILL BE DEAD.” (Shouting)

By speaking my truth, I hope to gain some safety from an awareness by the public and the Government of what she has said and done.

Having known Ms. Aquino, I know of her penchant for bragging about her connections and “powerful friends” whom she claims will do whatever she orders. She has shown me her ability to put those connections to use. She also threatened me about being able to control the sentiments of more than 100 million Filipinos—how she can easily destroy me, same as what she did to the previous men in her life.

And I believe her.

Can the public blame me if I fear not just for my safety but for my family and loved ones as well? I even fear for our country. Ms. Aquino is no ordinary person. This is a powerful brand who has an ambition to lead the country one day.

Having grown up in both politics and showbiz, she is skilled at portraying an image—a sick, fragile, and embattled single parent victimized by men in her life. And she has played the part well.

However, in private, I witnessed a different character. The reality is much more disturbing.

One of her final messages to me reveals this grim realization:

“I wanted so much to believe that I had found my business soul mate, and yet I am seeing so clearly now that as much as you have proclaimed fighting for & deserving your relevance – you actually forgot the number 1 rule in this world we chose to inhabit—the queen is guarded & sacrificed for above & beyond all costs. No Kris Aquino, no contracts, and no millions. Do not think I won’t go in all directions.”

I have returned to the Philippines, my home, after my friends and lawyers arranged some level of security for my personal safety. I also returned to personally file my counter affidavits and swear before the city prosecutors.

I never imagined to be dragged into a nightmare. This was not what I signed up for. I pray to wake up from this bad dream and find my redemption. I am aware that no one has dared go up against her before. After all, she is an Aquino while I am a nobody.

With truth and family by my side, I shall overcome this insanity. 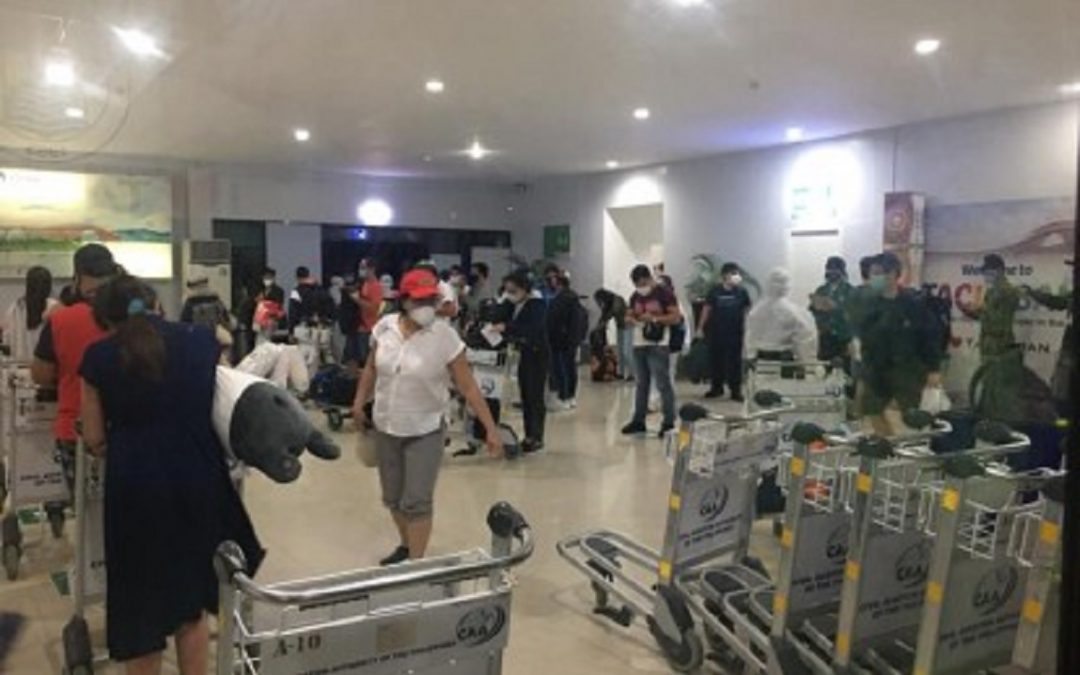 Malacañang reports that over 16,000 overseas Filipino workers who were staying at hotels and quarantine facilities in Metro Manila have been sent back home to their respective provinces. The swift action and collaboration of multiple government agencies stem from the... 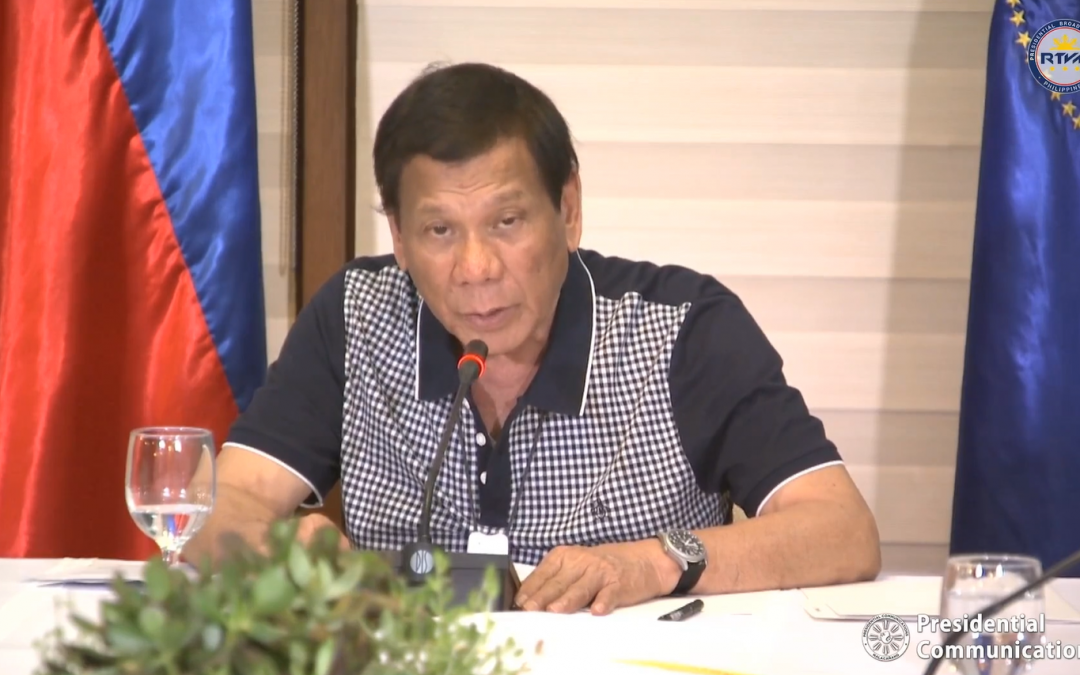 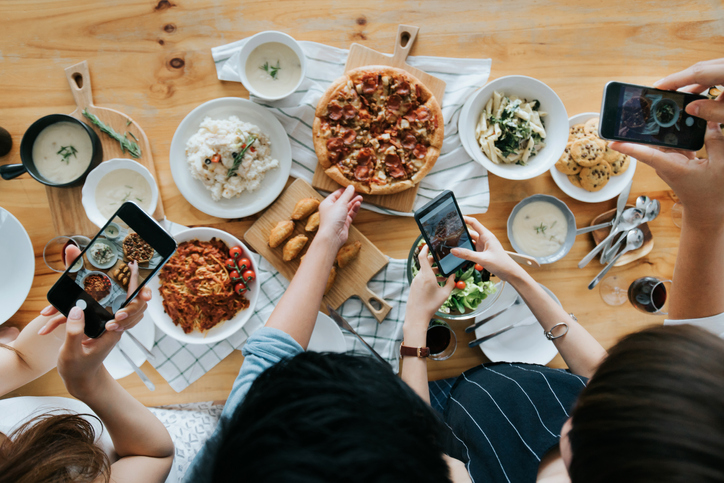 The number of coronavirus disease (COVID-19) in the UAE continues to increase because of gatherings held by families and friends, a UAE official said. In a press briefing on May 27, UAE government official spokesperson Dr Amna Al Dahak Al Shamsi called on residents to... 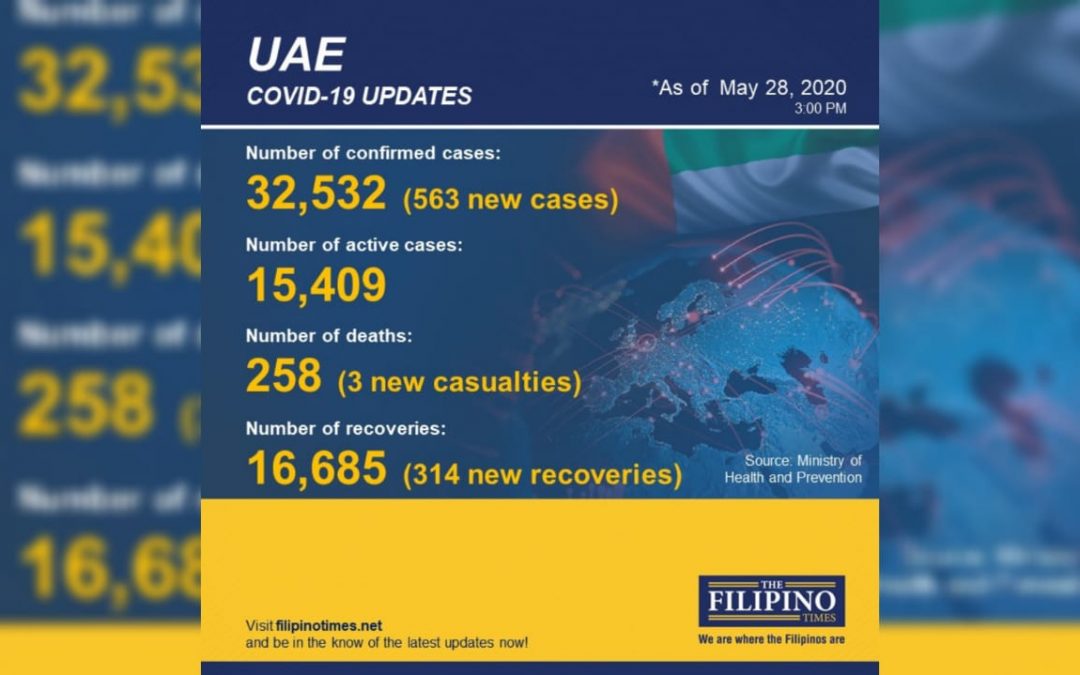 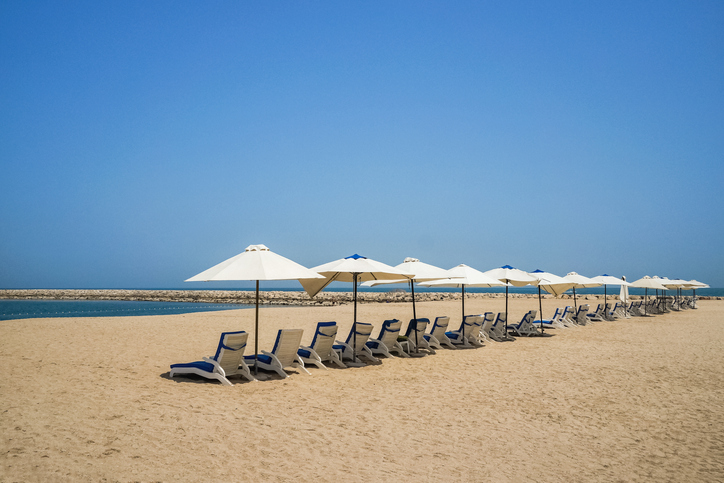 Ras Al Khaimah has announced that it will reopen malls and public beaches as the UAE eases restrictions against coronavirus disease (COVID-19). According to Ras Al Khaimah Department of Economic Development, the government has issued guidelines for the resumption of...