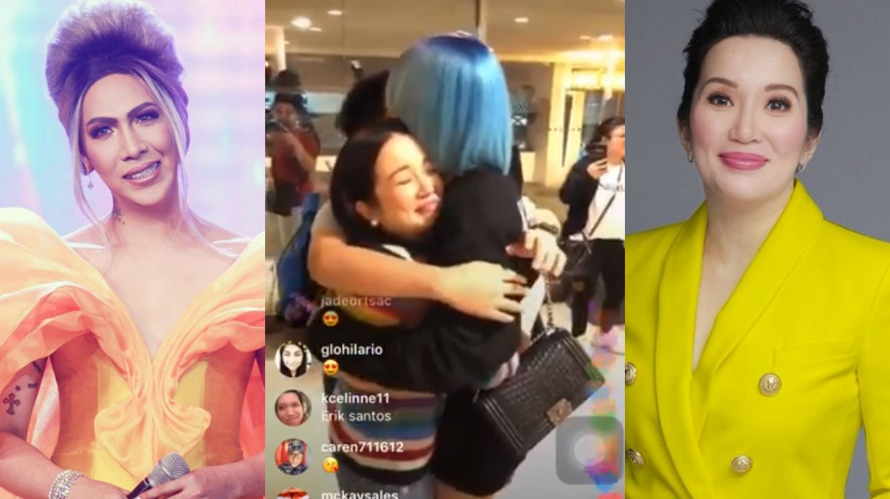 Television personalities Kris Aquino and Vice Ganda have made amends as seen in a video uploaded by the multimedia queen on her Instagram Stories.

Aquino and Vice Ganda reunited and became friends once again during a block screening of her movie with Joshua Garcia and Julia Barretto titled “I Love You, Hater” on Saturday night.

The Queen of All Media revealed on her Instagram video that she wanted to fix her friendship with the “It’s Showtime” host for the sake of her child, Bimby, who is very fond of his Tito Vice.

In the video, Aquino shared a hug and a brief conversation with Vice Ganda.

My bunso never wavered in his LOVE for his Tito Vice, @praybeytbenjamin- maybe ngayon maiintindihan nyo na kung bakit nanahimik kaming nakatatanda kahit pilit gustong intrigahin. Because #satruelang we both prioritized this very loving & lovable boy… i chose @piolo_pascual’s version of THANK GOD I Found You because it was from STAR RECORDS album “We are 1” released for Bimb’s 1st birthday. Listen to the lyrics- yun po ang laman ng puso ko… i am sure @garciajoshuae & @juliabarretto are as grateful as Bimb & me are sa generosity & effort ni Vice, my asawa to support “I Love You Hater” still showing from @starcinema. ?

Speculations about a rift between the two celebrities started after Aquino posted a series of cryptic responses about Vice Ganda during an Instagram Q&A session.

They became good friends after working together back in 2012 for the Metro Manila Film Festival entry “Sisterakas”. The two also endearingly called each other “asawa”.

However, several entertainment news revealed that their friendship has changed over the years when Vice Ganda teamed up with Aquino’s ex-husband, James Yap, to open a restaurant-bar.

The state of their friendship got worse when Aquino turned down the offer to appear on Vice Ganda’s 2017 Metro Manila Film Festival entry, “Gandarrapiddo: The Revenger Squad.”

“Na-miss ka namin,” Aquino said in the video as she fights back the tears.

When Vice Ganda asked her why she is crying, she said it is because Bimby is happy to see him again.

Toward the end of the video, Aquino said that if her son is happy with her reunion with Vice Ganda, then everyone is happy.