Former child star Bugoy Cariño and athlete Ennajie “EJ” Laure have been the talk of the town after netizens and tabloid newspapers in the Philippines claimed that they are expecting a child. 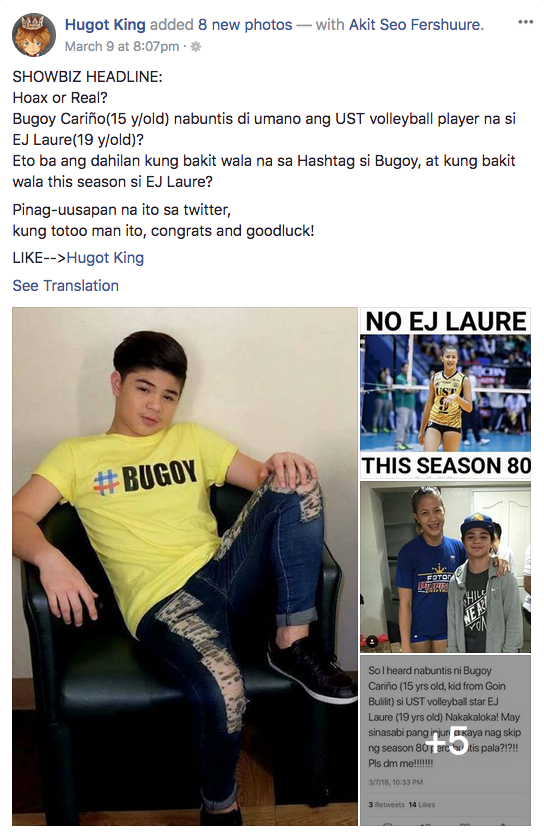 Cariño, 15, and Laure, 20, used their respective social media accounts to respond and deny the speculations.

Idol ? @bugoycarino02 thanks for watching!

Cariño was the first one to express his thoughts on the issue by posting a cryptic message on Twitter that many believe was his response to the rumors.

He also posted a photo on his Instagram story which he captioned, “Praying for those people who have nothing to do with their lives.” 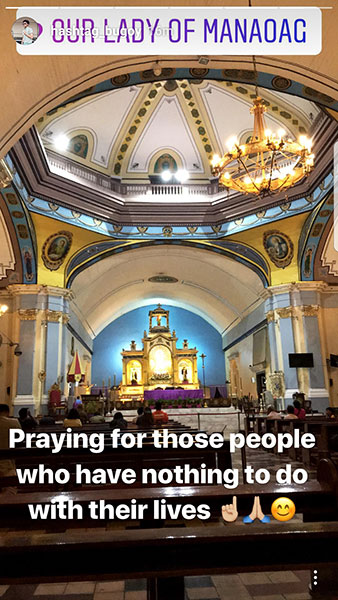 Meanwhile, Laure, who is known for being the captain of the UST Golden Tigresses volleyball team, debunked the issue through her Facebook account.

A month ago, Laure also quashed the rumor that she was suffering from a chronic shoulder injury.