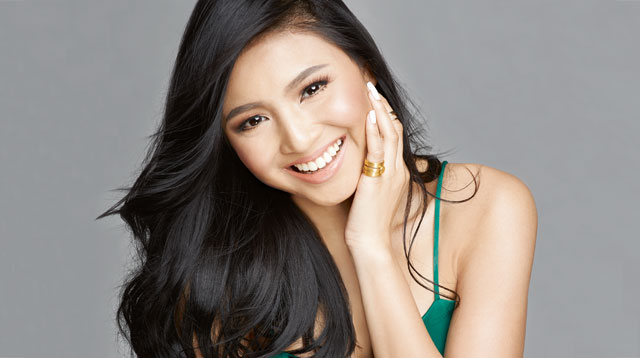 Making it big in show business is challenging. Nadine Lustre, for one, didn’t have it easy. The Till I Met You star reveals that early in her showbiz career, she was immediately compared with other actresses. ‘Yung pinaka hindi ko makakalimutan was being told, ‘She’ll never make it,’’ she recalls.

Nadine started out playing bit roles, getting cast as an extra, starring in commercials, and doing voice-overs. She was also a member of Pop Girls, a girl group, and got to work with James Reid in the latter’s music video. Nadine got her first big break when she landed the lead role in the movie Diary ng Panget.

This project was the turning point in her career, leading to starring roles in hit TV shows, movies, and commercials. However, it’s not all glitz and glamour. Nadine admits she ‘felt pressured before, kasi marami ang alam kong mas maganda.’ She adds, ‘Sasabihin sa ‘kin na ‘She doesn’t look good,’ and ‘She looks ordinary.’’ Although Nadine has already made it this far, other people’s harsh words about her looks in the past can still make her teary-eyed when she recalls them today.

In spite of that, she did not give up and quit showbiz. ‘I told myself I’m going to improve. I’m going to be better,’ she says.