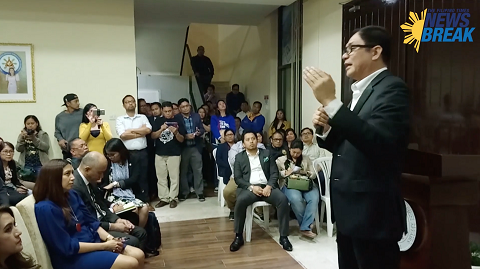 DUBAI: Plans by the Philippine Overseas Employment Administration (POEA) to enforce a policy that would discourage Filipinos from resorting to visit visas in going to the UAE to look for jobs was met with strong opposition from Pinoy netizens and UAE-based employers who said the move is “anti-OFW” and unfriendly to business.
Atty. Bernard Olalia, POEA head, told The Filipino Times in an exclusive interview that the government agency’s board was finalizing a resolution to this effect as part of efforts protecting them from unscrupulous employers taking advantage of their limited legal stay period.

However, netizens slammed the POEA chief’s arguments saying OFWs who enter the UAE on visit visas have better chances of earning high salaries than trying their luck back home.

In fact, they said, employees hired through the POEA system have ended up receiving lower salaries compared to their peers who went to the UAE via visit visa.

In addition, the netizens noted that the POEA system is inefficient and unnecessarily complicated.

The netizens mostly overseas Filipino workers (OFWs) themselves who arrived in the UAE on visit visa argued that they were better off doing so for the following reasons:

• Jobs available with POEA are mostly entry-level technical or blue-collar ones.
• The requirements are unnecessarily voluminous, requiring a much longer period of time to accomplish.
• Salary scale, being entry level, are low.
• Being in the UAE, a visit visa holder looking for a job actually has a wider window of opportunity being face to face with the different companies posting vacancies and having different offers.

Several employers have likewise aired their concern, saying the plan is unfriendly to business because most of the job requirements are on immediate basis and usually, physical interview is necessary for the hiring process.

“I find it unreasonable why they will make it harder for people to look for better opportunities outside their home country,” said Mohammed Abdulla, owner of a group of companies employing a large number of Filipinos in the UAE.

“In our retail business, we don’t hire by nationality. However, in today’s highly competitive market, you will have to really compete. And by being here, the jobseeker gets more chance to land the job.

“Filipinos, in general, are presentable, good natured and have great communication skills. Attributes that can’t be seen on an application form,” he added.

Olalia said POEA can’t stop Filipinos from going abroad but can resort to moves discouraging them from doing so, if only to protect them.

(We are discouraging the practice of using visit visas to find jobs. We can’t stop them to leave the country because we respect their freedom to travel.)

“Meron tayong ipapalabas na bago, a governing board resolution tungkol dyan. I am not at liberty to discuss it. In the near future malalaman ninyo. It’s a restrictive measure,” Olalia said.

At the town hall meeting’s open forum Olalia lamented that, more often than not, those who enter the UAE on visit visas end up taking low-paying jobs in light of their limited stay.

He said taking salaries below industry standards affect others such that they are terminated in favor of the visit visa holder.